Menu
GO TO THE SHOP

The Serpente lamp by Elio Martinelli

Elio Martinelli is a great Italian designer of the twentieth century, renowned throughout the world. He left his mark on the design world with his simple and elegant lamps. He is best known for his Serpente (1965), 2764 (1965), 660 (1972), Panthos (1983) and Penombra (1987) lamps. These design icons are the result of genuine technological and aesthetic research.

Elio Martinelli studied at industrial and art schools. He graduated as a set designer from the Academy of Fine Arts in Florence. Quickly noticed for his rigorous genius, Elio Martinelli has collaborated with various renowned designers, such as Gae Aulenti, Sergio Asti and Luc Ramael, and has won numerous awards. 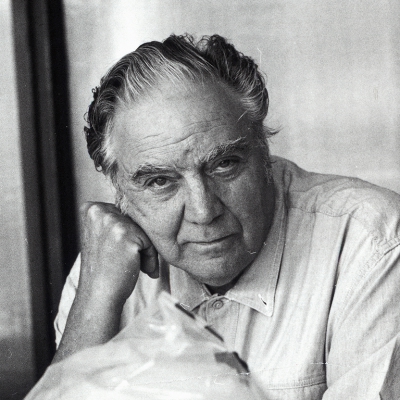 The Italian designer was passionate about geometric shapes, spherical curves and sober lines. He liked to observe his environment and designed his lamps inspired by both nature and geometric shapes, always keeping in mind the simplicity. Elio Martinelli designed this lamp by observing the shapes and movements of animals and paying great attention to spherical shapes. A perfectionist, Martinelli worked on several prototypes before bringing to life the final version of the beautiful Serpente lamp, which looks like a cobra. The specificity of the lamp is its perfect diffusion of light, made possible by its adjustable arm. This was made possible by new methacrylate moulding techniques.

Since its creation in 1965, the Serpente lamp has been produced by Martinelli Luce. Today, the publisher produces the lamp in white or black only. There are two versions: model 599 (lamp below left) and model 2131 (floor lamp below right).

The Serpente lamp is not only innovative in its curves, but it also reflects a visionary eye and a discerning mind. It is for these reasons that this piece has become a design staple!